Media Mediocrity-Waging War Against Science: How the Television Makes Us Stoopid! Richard Zurawski 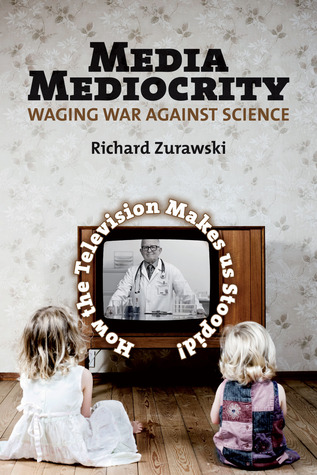 From science channels and documentaries to fictional and children’s programming, television brings a myriad of scientific discoveries and theories into the homes of people around the world. While television is an important intermediary between society and its understanding of science, this record argues that the science we learn on TV is inaccurate, misleading, and sometimes even dangerous.

Dealing with issues such as tobacco consumption, global warming, and intelligent design—as well as a host of pseudoscientific pursuits like UFOs, ghosts, and the afterlife—this illuminating account examines how producers’ pursuit of ratings and profit trump any desire to provide the audience with an accurate knowledge of science.

Comments
Comments for "Media Mediocrity-Waging War Against Science: How the Television Makes Us Stoopid!":