CUSTER: The Man, the Myth, the Movies John P. Langellier 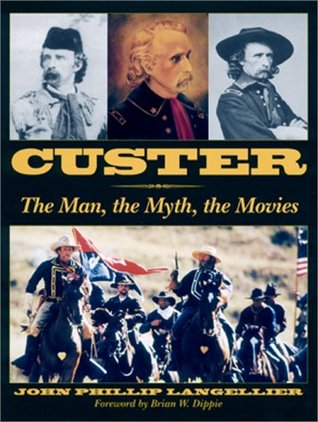 80 b/w photos 8 x 11 In this readable and well-researched study, John Langellier establishes himself as the premier biographer of Hollywoods Custer. Custer: The Man, the Myth, the Movies is a fascinating tour of this countrys peculiar popular culture. -Gregory J. W. Urwin, author of Custer Victorious: The Civil War Battles of General George Armstrong Custer Far from a standard biography of Custer, this book chronicles his widows mythmaking influence in the popular press, examines how historians have distorted or conflated facts to suit their ideology, and explores his legacy through the lens of popular culture.

Custer: The Man, the Myth, the Movies traces the evolution of a minor incident that became an internationally recognized symbol of the American West, with a focus on Hollywoods ever-changing versions of Custers Last Stand. Featured throughout the book are rare photos of Custer and his life on the plains, posters and movie stills, and exhibits of Custer memorabilia. John P. Langellier, currently a museum director, is the author of numerous books and articles on the American West and military history. He is also a contributing author and series editor of Greenhill Books G.I.

Comments
Comments for "CUSTER: The Man, the Myth, the Movies":