For Fame and Glory: A Tale of the Frontier, Forgotten Wars, and a Far Different Time Douglas Houck 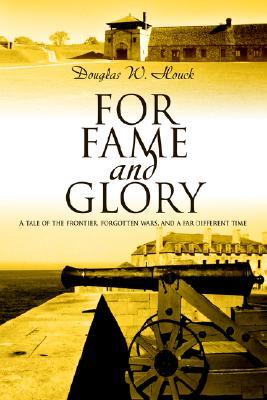 A small band of armed insurgents fell upon Quebec in the winter of 1775. They were sent north to liberate the Canadians, but they were abandoned in the snow, denied reinforcements, and driven up the river and out of Canada. The officers and men of the Separate Army formed their brotherhood in the anguish of their defeat, established their association following the joy of victory at Saratoga, and by doing so, launched a pervasive culture and unique lifestyle that flourished in their clubs and dominated the halls of power in the state and nation unto the second and third generation.

This is a tale of the second generation, the generation that followed the American Revolution. They lived in a time of uncertainty and crisis- a time when men and women struggled against convention to find out if a nation derived from deceit, created by rebellion, and governed by greed could long survive. Its the story of a young man with a desire for success and talent for trouble who stumbles forth upon a quest for personal fame and glory in the years of political intrigue, war, and conspiracy that marked the beginning of the American Empire.

Comments
Comments for "For Fame and Glory: A Tale of the Frontier, Forgotten Wars, and a Far Different Time":