The Lost Ones: Book 3 of The Veil Christopher Golden 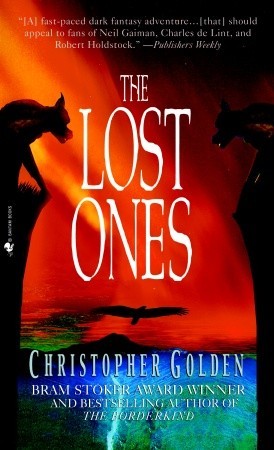 Bestselling author Christopher Golden’s epic, innovative trilogy, the Veil, comes to an astonishing conclusion as the mythic realm of heroes and monsters becomes the site of humanity’s last—and greatest—showdown.Even legends have legends and on the other side of the Veil, where humanity’s legends have hidden away for centuries, Oliver Bascombe has learned of a prophecy that many believe he and his sister, Collette, have come to the Two Kingdoms to fulfill. But first they must escape the dungeon where they are imprisoned to stop an apocalyptic war, unravel a conspiracy, and prevent a powerful sorcerer from severing the human world and legendary realm forever.As old heroes and friends ally themselves for one last battle, even older enemies stand arrayed against them.

Is humanity ready to face its legends head-on? For Oliver Bascombe, it may cost him more than he could ever imagine.

Comments
Comments for "The Lost Ones: Book 3 of The Veil":