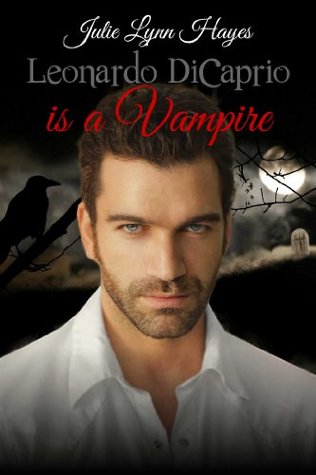 Valencia drew back. She smoothed down her skirt, glancing between Jerico and Sergio.“Is there something I can help you with, Jerico?” Sergio blinked, attempting to lose the deer-in-the-headlights look he was sure his eyes reflected.“No. I mean, yes.” Jerico took a deep breath and started over, trading his frown for a more charming smile. “It’s dinnertime. I was hoping we could have dinner together.” His gaze darted to Valencia—it was obvious that his invitation did not extend to the redhead. “Unless, of course, you’re otherwise engaged?”Valencia quickly coughed, choking off what Sergio recognized as laughter.

Before he could get a word out one way or another, though, she shook her head. “He’s not engaged- I was just going.” She leaned down and kissed Sergio’s cheek. “Eat, you stubborn old goat. It won’t kill you, and it’ll save me the trouble of checking up on you just to make sure you’ve had dinner, won’t it?” Not waiting for a reply, she turned and blithely walked away. “He’s all yours,” she said.

The look she directed at Jerico as she breezed through the door was one he couldn’t interpret, and Jerico worked to keep a frown from his face as the clicking of Valencia’s high heels faded in the distance.Sergio mentally growled, careful to keep his expression neutral. He was inclined to tell Jerico to go have dinner and get to know the people of Sanctum, but that sounded hypocritical even to him. Teaching by example was one of his core principles, after all. He planned on having something brought in at some point, rather than taking time to go the dining room.

He always seemed to lose time when he ate with his congregation, and the budget would not wait indefinitely.The idea of having dinner with Jerico… Father Sergio did not believe in the old doctrine of predestination. People were responsible for their own decisions, made their own choices. He wanted to say yes, and forced himself to examine his reasons. Sharing a meal with Jerico in such close quarters gave him pause to reconsider. Why, he didn’t know- they were rooming together, after all. At least for now.Jerico stared at Sergio. If only the priest were all his.

After just a short time at Sanctum, Jerico didn’t think Father Sergio was the kind of man who belonged wholly to anybody except God, which made attempting to seduce him even more interesting. He shifted his weight and ran one hand through his hair.“So… does that mean I’ve tempted you?” he asked. “You’ll come have dinner?”He glanced up to find Jerico’s gaze intently fixed on him. For a split second, Sergio saw that perfect mask drop, and he caught a glimpse of something in the other man’s eyes—a touch of unease, or a smattering of loneliness.

Whatever it was, as quickly as it was there, it was gone, and Jerico smiled again, oozing charm from every pore. The moment of insecurity did the trick.“I think that’s a wonderful idea, Jerico. Give me a minute, will you, to finish up here, and then we can go.”