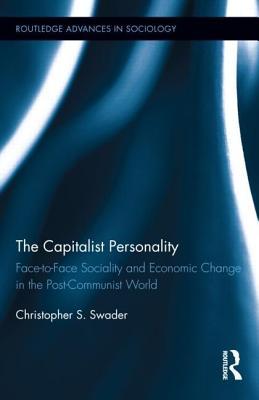 Modern capitalism favors values that undermine our face-to-face bonds with friends and family members. Focusing on the post-communist world, and comparing it to more developed societies, this book reveals the mixed effects of capitalist culture on interpersonal relationships. While most observers blame the egoism and asocial behavior found in new free-market societies on their communist pasts, this work shows how relationships are also threatened by the profit orientations and personal ambition unleashed by economic development.

Successful people in societies as diverse as China, Russia, and Eastern Germany adjust to the market economy at a social cost, relaxing their morals in order to obtain success and succumbing to increased material temptations to exploit relationships for their own financial and professional gain.

The capitalist personality is internally troubled as a result of this sellout, but these qualms subside as it devalues intimate qualitative bonds with others. This book also shows that post-communists are similarly individualized as people living in Western societies. Capitalism may indeed favor values of independence, creativity, and self-expressiveness, but it also rewards self-centeredness, consumerism, and the stripping down of morality.

As is the case in the West, capitalist culture fosters an internally conflicted and self-centered personality in post-communist societies.

Comments
Comments for "The Capitalist Personality: Face-To-Face Sociality and Economic Change in the Post-Communist World":